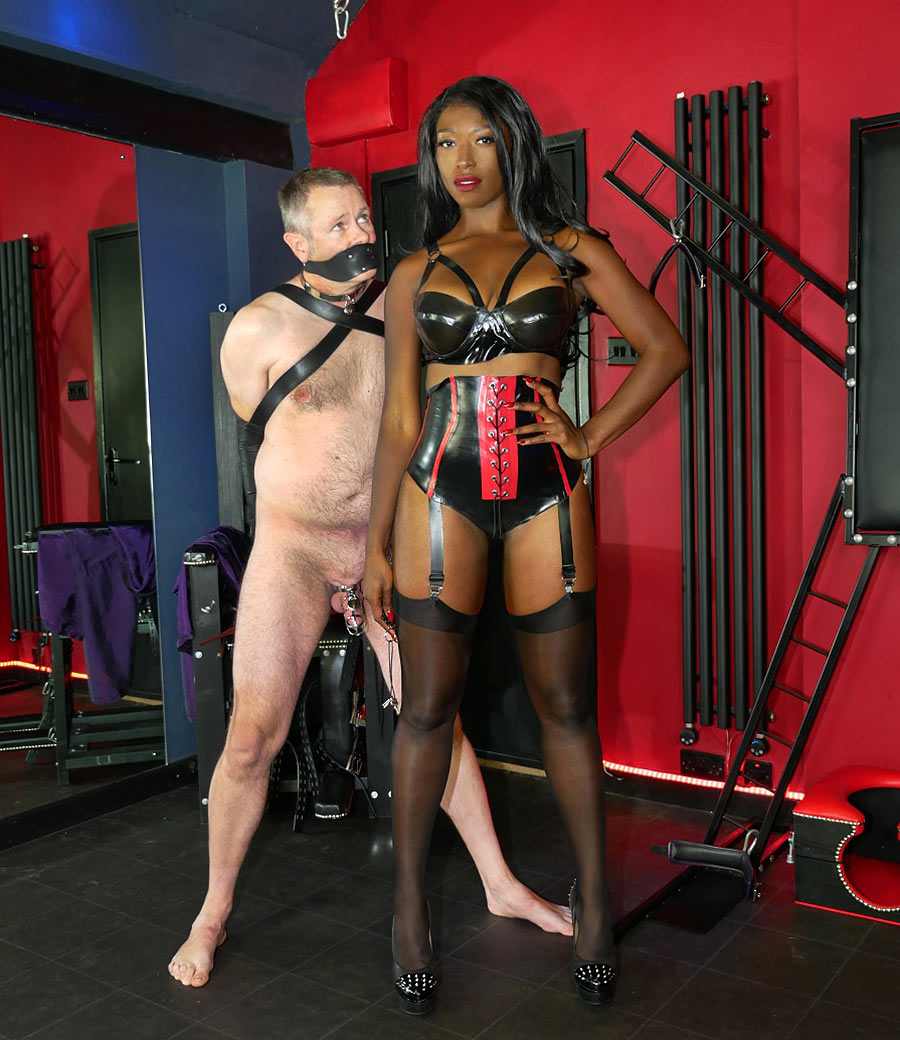 The first photo above tells more than hundreds of words. Just take a look at slave’s eyes and all that misery and fear he is feeling. With a dick locked inside a chastity device, black Mistress ensured that he won’t be able even to get a hard on that is imminent when a male stands naked in front of such a sexy lady. She unquestionably knows what she wants and how to get is and that is to make sub suffer as much as possible. 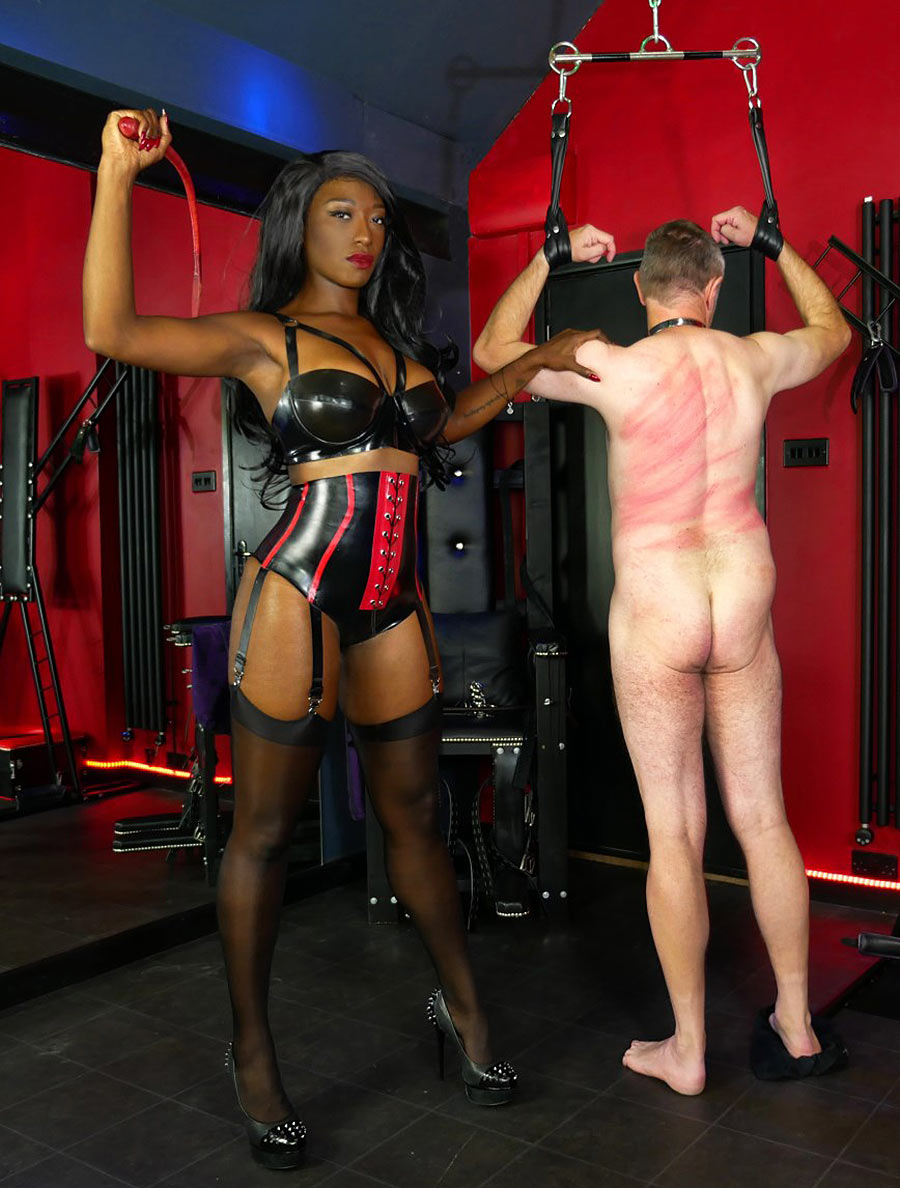 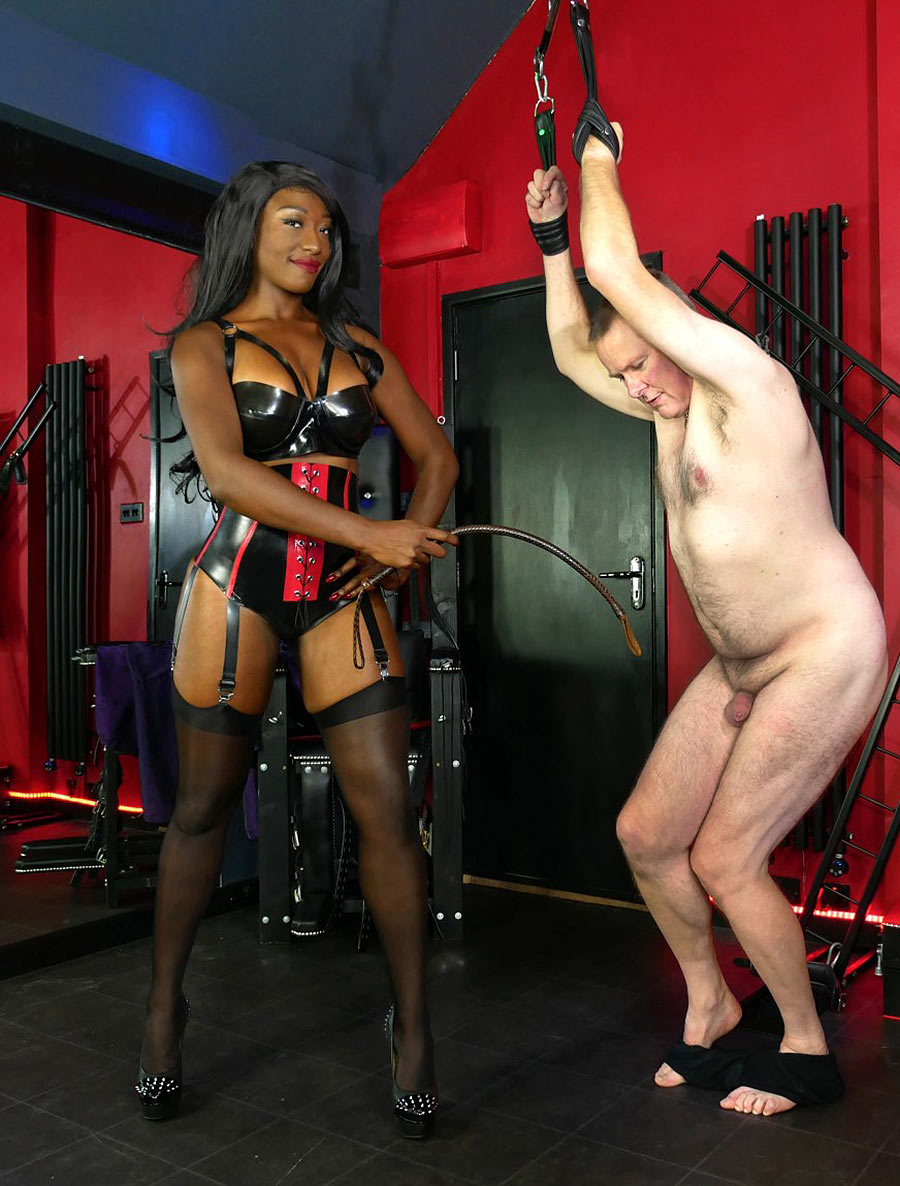 While Domme whips suspended, you can see her smiling. Obviously, Mis Foxx really enjoys watching white boy suffering and she is not planning to stop it anytime soon. 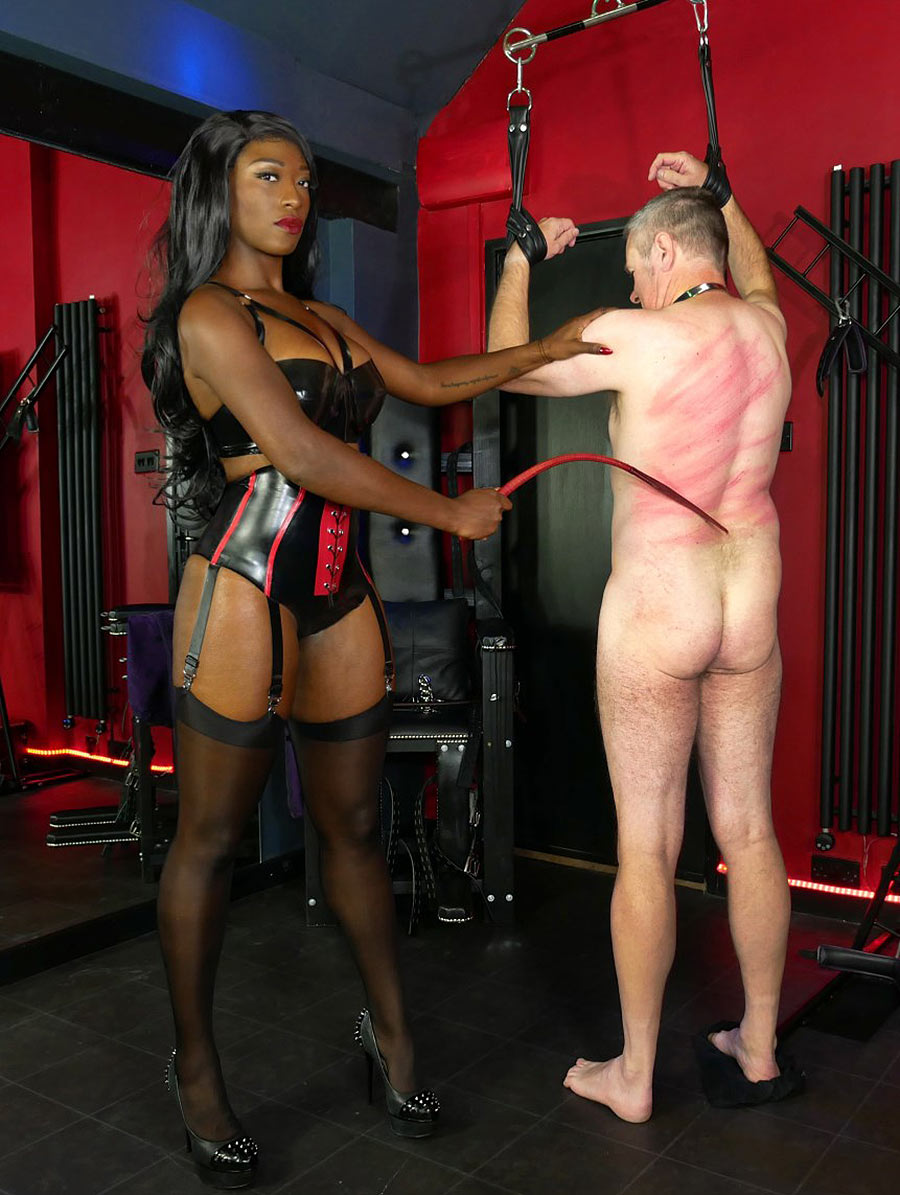