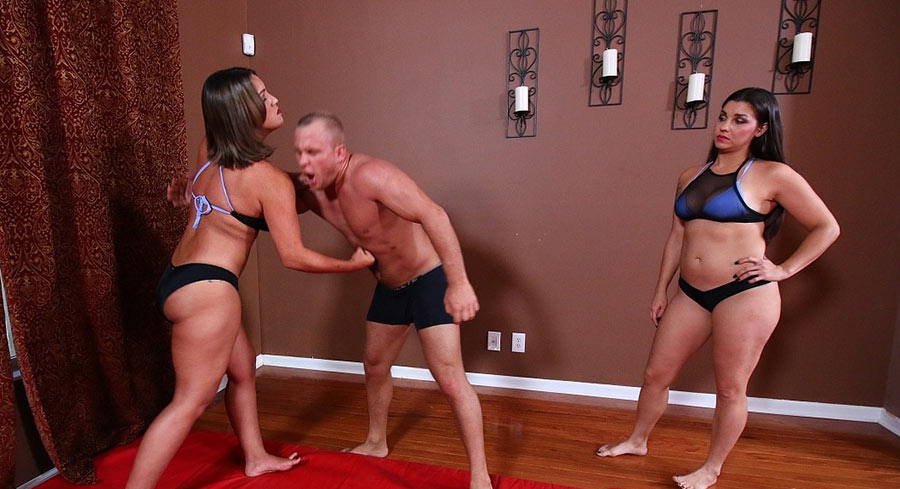 Before subjecting slave to mixed wrestling domination, Mistresses agreed to start things with some beating. Just enough to make their new slave obedient and to make him understand how serious they are. A few harsh hits into the chest and stomach will do the job. In the end, there is no man born yet that will be able to resist if two hot girls start kicking his groins. 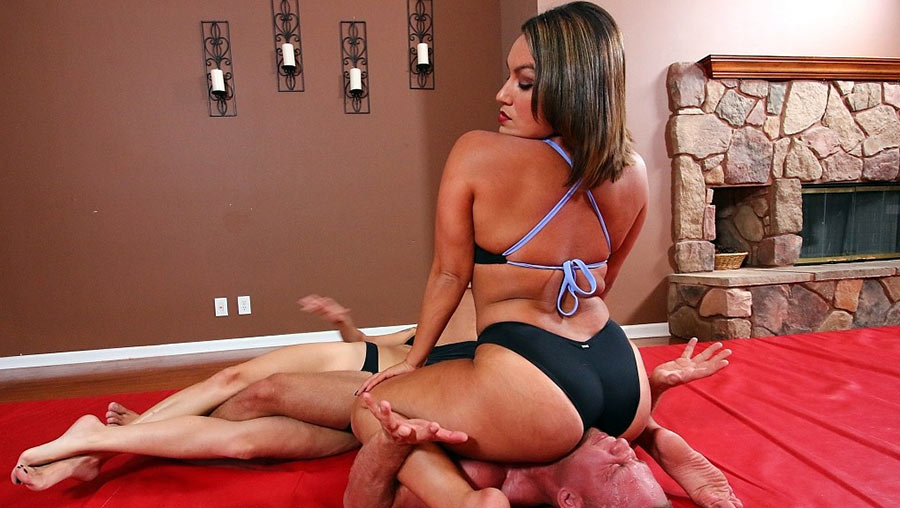 Painful and aggressively, he is immediately placed into total submission. Just look at his face and how red it is and you will immediately figure out how merciless wrestling female bitches are. Sometimes it is hard to make a conclusion just based on photos but this gallery is pretty self-explanatory. I also had a chance to see a full domination wrestling video in HD which means to hear all those sounds coming with a womens wrestling and sensual domination fight. Limbs twisting, bones cracking, slave panting, girls yelling and a body hitting the wrestling mat. A real symphony for real sex fight fans! 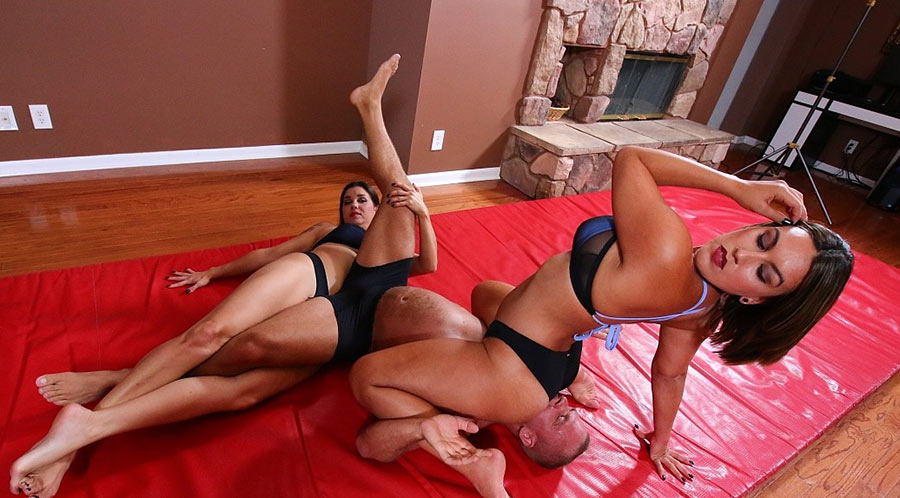 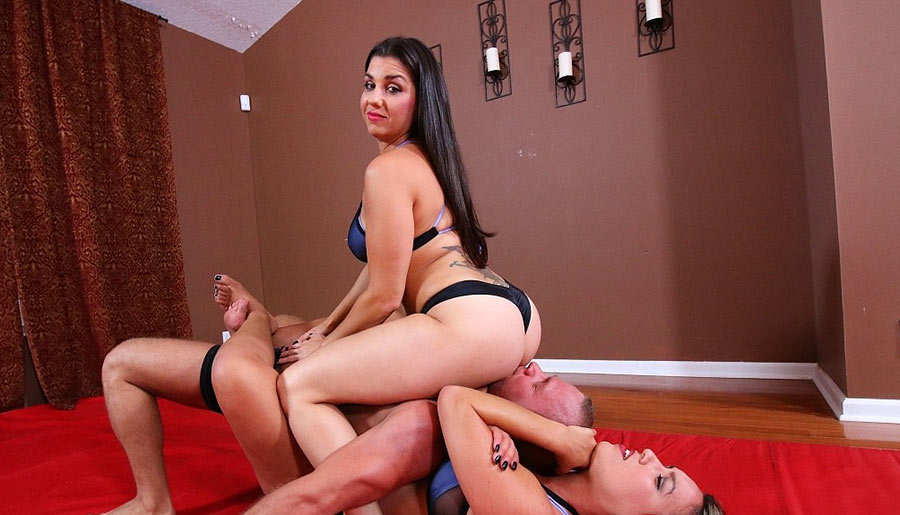 My favorite photo from this session is the one above. The complexity of moves and intertwined arms and legs somehow reminds me to group sex. I guess am not the only one noticing that because sexual domination is in the core of every FFM session.

I must admit that that poor guy is pretty strong, considering how long he is managing to remain conscious while pro wrestling bitches are tightening their grip around him. Maybe girls are deliberately leaving him awake so the session can last longer until they are satisfied with his sufferings. Whatever it is, everything looks just fine and how it should be with a high quality fighting female mastery. 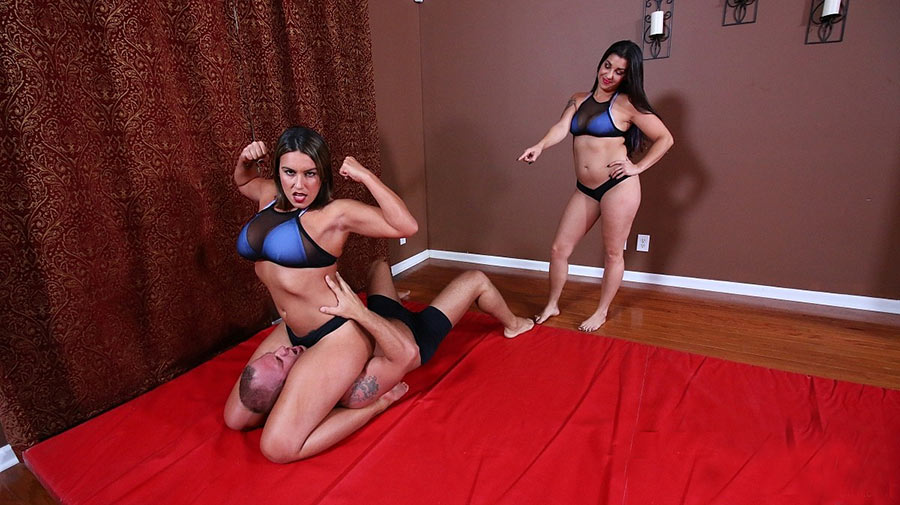 The last pic of a female wrestler choking and smothering slave while striking a victory pose is the perfect example of how this type of domination should end. One picture containing everything it should, power exchange, physical pain, female supremacy, a strong and muscular female body, sweat and of course, total humiliation of a submissive guy.