Foot sniffing slave is probably the lowest level of foot fetish and foot domination slavery. When a man is forced to be in the role of this type of a foot slave, his options are limited. As you will see on the foot smelling photos below, the only thing that he a slave can do is to smell stinky pair of feet and shoes. Noting more, nothing less.

If you are into foot worship and having a fetish for beautiful female feet, then you know how hard is to control yourself when you are in their proximity. It doesn’t have to be explicit action, sometimes it is enough just to see a girl with your favorite type of feet sitting or simply walking in front of you. Your mind will start to get blurry and you will soon stop to notice things around you. The only thing on your mind is those pretty feet and this when a struggling start, you are trying to look normal and not like some distracting freak staring all the time.

Why I am telling this? Because now you should try to compare that with attraction and obsession this feet slave is feeling while his Goddess is putting her sexy feet right in front of slave’s nose. 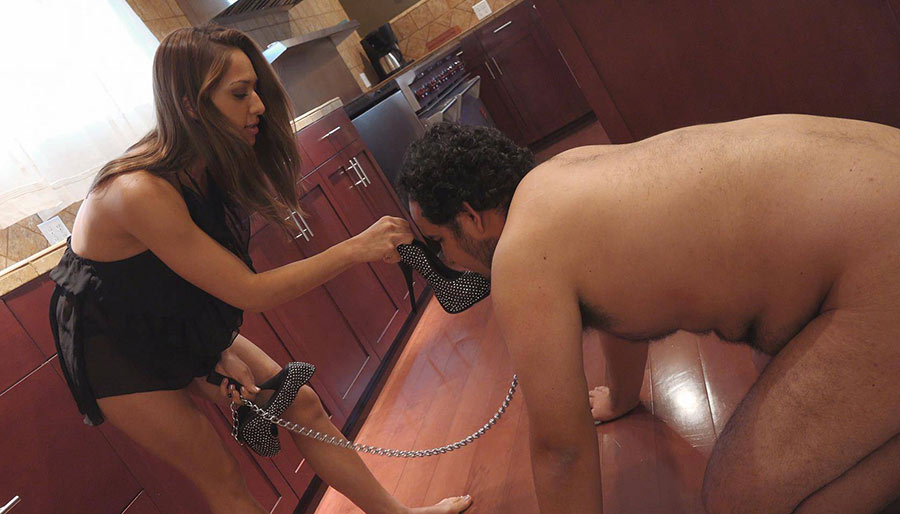 Just try to imagine the urge submissive guy is feeling during this kinky foot slave training. He would give whatever it takes just to taste sexy toes inside his mouth. But Mistress explained to him that he even tries t do, that would be his last feet worship servitude and she will do everything to mark him as an unsuitable servant so no Goddess will take him anymore. 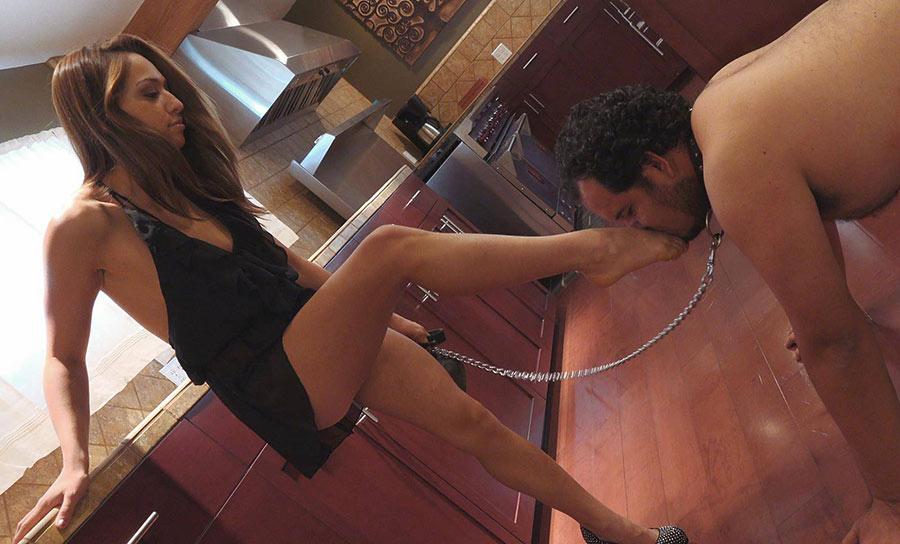 With such clear and explicit threat, there is not much this miserable guy can do but to listen to what Domina Sara is telling him to do. To ensure his obedience and unobstructed feet sniffing, Mistress placed a collar around a slave’s neck. 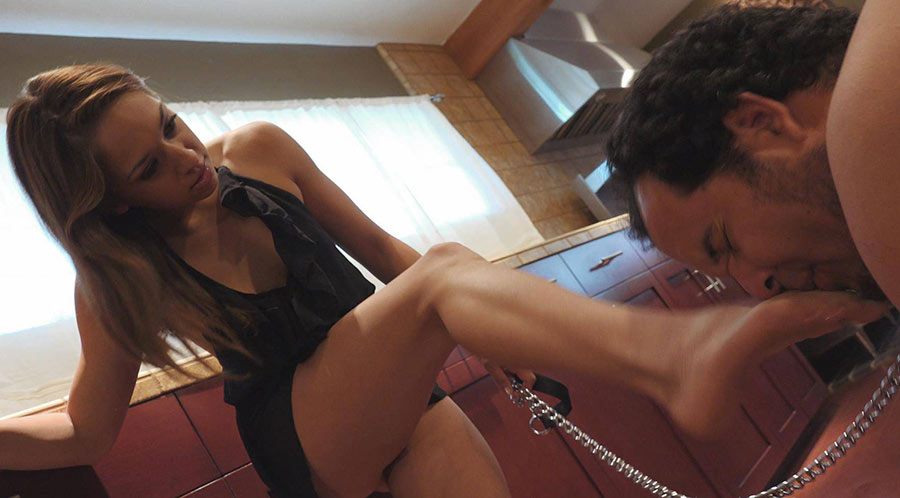 My favorite detail in this foot sniffing slave scene is the location where a Goddess is subjecting him through high quality foot fetish supremacy. Not only that she wants her beautiful feet sniffed well but Mistress is also telling a slave to smell her expensive high heel shoes. This is why the slave is intermittently sniffing feet and shoes. 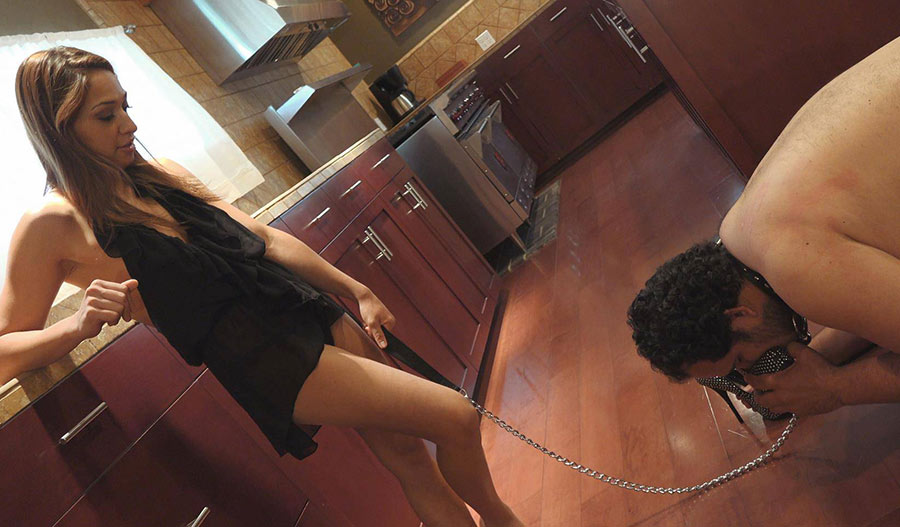 Most of the man have their specific taste for female feet. Smelly feet, nylon feet, dirty feet, pantyhose foot but one is for sure, foot sniffing of foot smell is always a great starting point when you are trying to establish a serious relationship with a new girlfriend or a Mistress. Keep watching and analyzing these mistress’ forced foot domination photos to learn something and that you can be ready when you find yourself in a foot sniffing slave scenario! 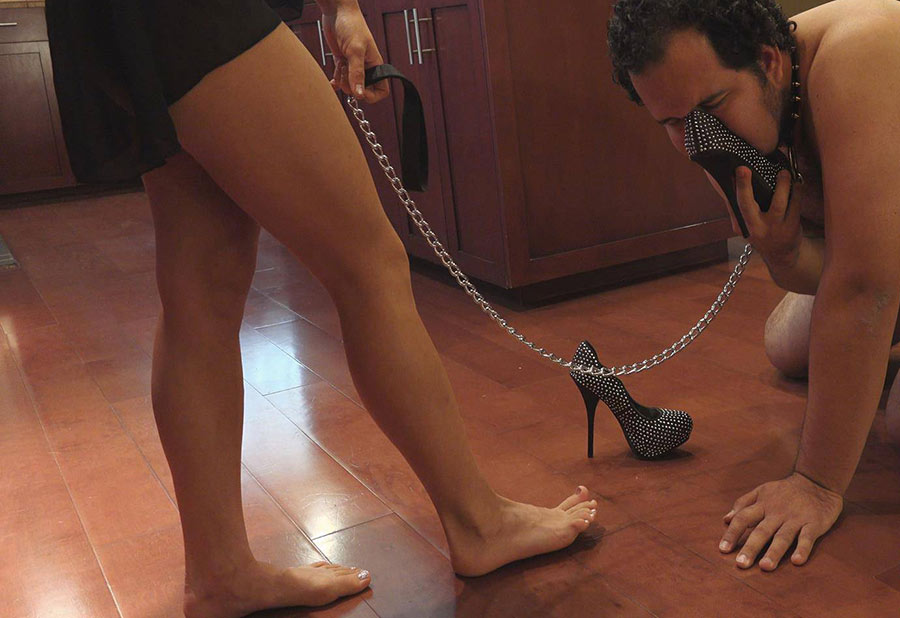