Pony slave training is a mandatory step for all riding mistresses when they are preparing new male slave for a human pony servitude. A submissive guy knowing how to perform well without training has not yet been born so basically everyone thinking about getting into pony play should expect something similar like on these exclusive content photos below.

Merciless pony discipline by Goddess in riding uniform armed with one of the longest leather whips I’ve ever seen is a perfect example of how a training slave should be treated if you want to get most from him and his disciplining. 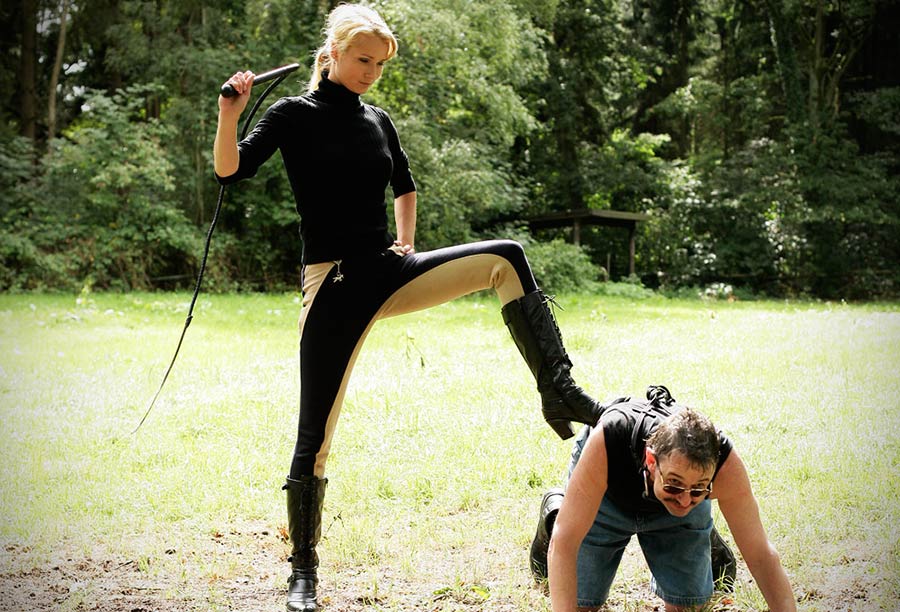 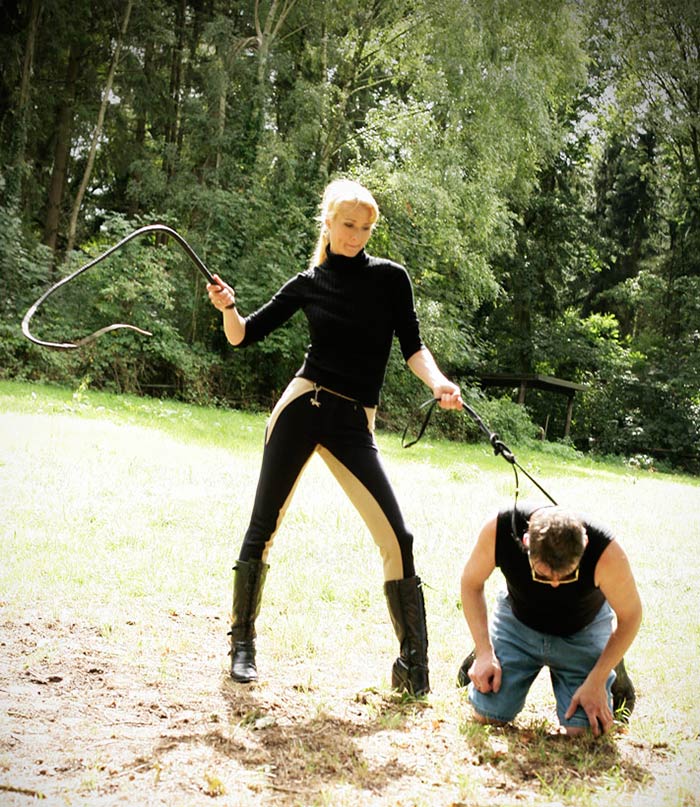 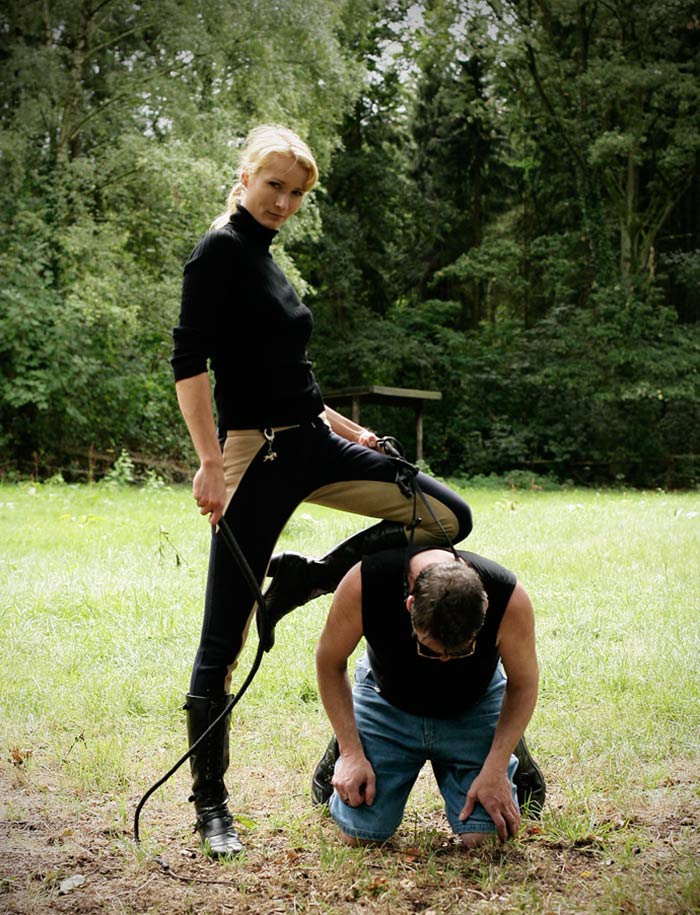 In case you never had a chance to experience a brutal female domination whipping torture, then there is no way that you can understand how painful hit with a whip can be. There is a good reason why whips are used in probably every animal training you had a chance to see, including lions controlling. Now try to imagine the effects of a hit on the human body considering that human horses don’t even have hose hair to protect them. 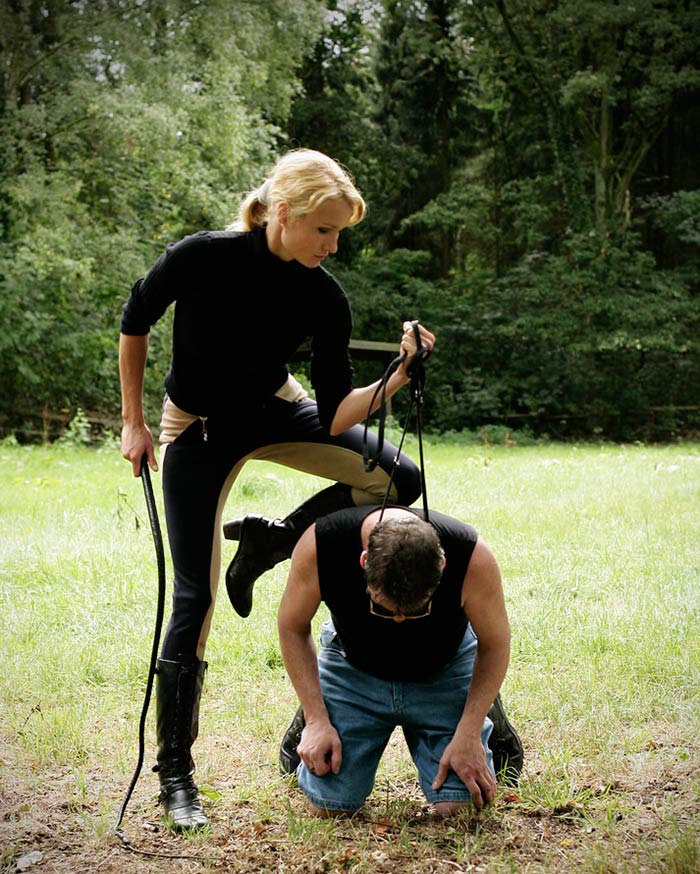